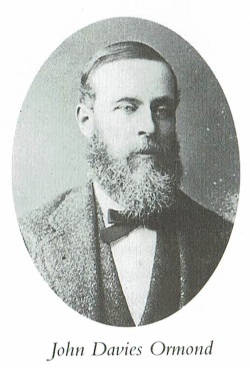 Arrived in Auckland December 1847 on “Ralph Bernal”
First speaker of the Hawke’s Bay Provincial Council in 1859, 26 years as an MP, representing Clive electorate 1861-81 and Napier 1884-1890.
Owner of “Wallingford” in Central Hawke’s Bay; later lived at “Tintagel” in Napier; owned “Karamu” near Hastings