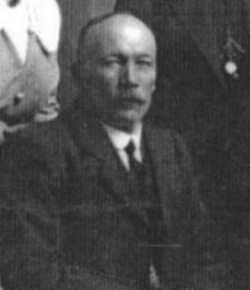 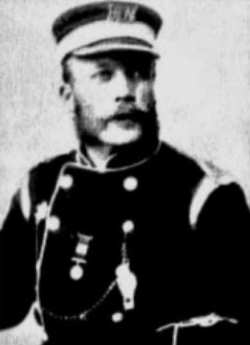 Recollections of Valda Colwill (granddaughter) –
“Sons were George, Oswald (Os) and Bert
Known to his family as “Pop”
Owned all the Karamu Road block, including half of former Hawke’s Bay Herald-Tribune section (Heretaunga Street to Queen Street)
Made coffins upstairs in the wooden building, causing it to wobble
At the rear, an artesian well saved the east block of shops after 1931 earthquake, when Fire brigade tapped it
Government representative on Fire Board for many years”

Recollections of daughter, Myrtle Hodgkinson of Napier –
“Came out in a sailing boat named Roderic Castle dismasted in Bay of Biscay & all thought to be lost.
Picked up & taken back to Auckland went slap bang into a lighthouse on the rock.
Went back to America then back to New Zealand & settled in Auckland.
Learnt funeral directing in America.”