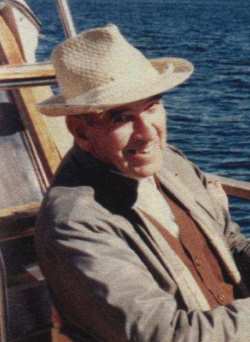 Whilst he was a youngster the family moved back to Wellington, before returning to live in Hawkes Bay in 1942.

The family consisting of his parents, his brother, Pat and his sister-in-law, Mary, owned and farmed both Stoneycroft and the neighbouring property, of Twyneham. They bred and raced horses from there until 1954 when Stoneycroft was sold to the Ballantynes. Twyneham had been sold a year or so earlier to Jim Wattie.

From Stoneycroft, Terry and his parents lived first in Havelock North and latterly in Hastings where Terry became heavily involved in his hobby of photography.

In 2002 Terry left Hawkes Bay initially to join family living in the Bay of Islands, then to his nieces’s farm before needing rest home care in Whangarei.
After his death in 2016, Terry was brought back to Hawke’s Bay to be laid to rest.